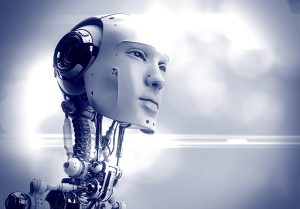 Human beings have developed extensively since the onset of the technological era. There was a time when people lived off the land and only used what they were able to create. Survival was difficult as it was hard for humans to fend off predators, find security, feed and clothe themselves. The technological era gave humans the ability to produce items in large quantities, export and import those items and access more unusual items than ever before. Boats were transporting large amounts of goods that spread culture worldwide.

The technological advances grew exponentially and soon human beings were able to access their food, shelter, entertainment and so much more using mechanical and computer engineering. In what seems like the blink of an eye, human beings have gone from a fear of getting everything they need to survive the day to having more than they could ever need in a lifetime.

Robotics and technology has allowed human beings to contact each other from all around the world by using a plastic screen in their living room and the ability to lift the heaviest items with the flick of a switch. There are cranes, garage door openers, and extremely precise lasers and medical instruments. There are smart phones and televisions that allow people to control massive developments at the touch of a fingertip.

Precise medical instruments and advances has allowed humans to defy mortality in more ways than one. Finding solutions to problems by using technology has progressed the human race faster than ever before. Robots are able to produce cars which are massive and build huge buildings in a matter of a few months. Dangerous jobs or places where human health would be compromised can be ventured to by robots and machinery. Humans have progressed the world far past their own ability by using these robotics as a better version of themselves.