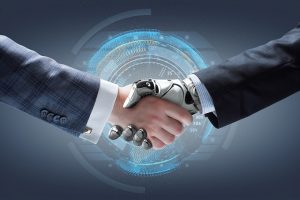 Machines, robots and computer engineering have all been at the forefront of our modern economy. Artificial intelligence refers to any machine or device that can manipulate or adapt to the surrounding environment. In this adaptation, there is an element of learning or problem solving handed independently by the machine without human intervention. Artificial intelligence has been a topic of many debates about the fast paced advances occurring in the robotic and mechanic industry.

Several industries are taking on the task of creating a robot with artificial intelligence to perform a number of tasks. General intelligence, the combination of learning, knowledge, planning, creativity and social skills, is one of the overall goals of most scientists but many are focused on much simpler, individuated tasks. Some industries like delivery networks with scheduled content releases, strategic games that react to a players move and self driving cars that can parallel park on their own are just some examples of artificial intelligence used in today’s society.

The scientific community believes that there is enough knowledge about human learning and behaviour that it can be simulated using recent technological advances. Although, there is a significant amount of knowledge about the way people think, feel and behave, there is a fear in the community about giving machines the power to act upon such instincts.

Would machines have a moral compass? Are robots subject to evil behaviours? Could a group of robots out number humans and take over? These questions are not just movie topics but legitimate concerns from the general population about artificial intelligence. Is it possible that humans could create a technology more perfect than itself, with the ability to adapt to its environment and learn from its mistakes while acting strategically. Would robots lack the instincts that make us imperfect? Would that render them more powerful? Only time will tell when it comes to the amazing advances happening with artificial intelligence and robotics.