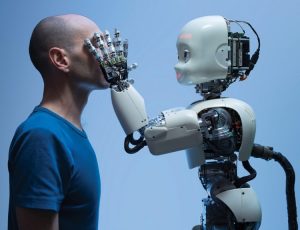 One of the first robots to be documented in history, was that of Archytas, a friend of Plato, who made a mechanical bird powered by compressed air or a jet stream. Although, this was the first documented robot, there is clear evidence of robot plans from many of history’s main players. Leonardo da Vinci made plans for a human machine in 1495, but the first mix of programmable computers was in 1954. Engineering mechanics has been developing for decades, but the rise of technology in the modern era has skyrocketed the evolution of robotic capabilities.

The word “robot” comes from a Czech term that means drudgery. This name comes from the fear of robots taking on a life of their own. A robot arm crushed a Japanese factory worker in 1981, which was the first known case of a robot killing a human but the fear of robots and artificial intelligence has reached entirely new levels with the integration of computer programming.

Military forces and the scientific community have both had a strong affiliation with using robots since the development of lightweight, small , strong and effective computer systems. Space exploration wouldn’t be possible without the integration of machines and computers. The difference between safe mechanics and fearful predators is the ability for robots to master artificial intelligence. Artificial intelligence would give robots the capability to adapt and react to the environment without the intervention of human action. Since robots are often far more powerful and make fewer mistakes, if their reactions were negative, they would be difficult for humans to counteract.

There is a fear that is present alongside the excitement of the possibilities that this could happen with artificial intelligence. The fear that robots would perhaps replace humans. There are scientists who believe it is only a short time before humans will be interacting with robots in a more in depth manner, and only time will tell the impact that robots will have on future society.